Couples fight all the time. It’s normal. What’s not normal is when you don’t fight. Contrary to what other people might say, that’s only a sign that you’re avoiding to do so by suppressing your feelings and withdrawing emotionally. You are bound to fight no matter what because you are two different people. As much as you have your similarities you also have different opinions and personalities. Plus, you’re only human so you’re bound to make mistakes that will cause some misunderstandings. So not fighting? That is never a sign of a healthy relationship.

Fighting doesn’t have to lead to falling apart and eventually, break up. In fact, it can serve as a pathway for both of you to really get to know each other and understand each other’s differences. As much as it sounds too ironic, fights can make you closer to each other as a couple when you handle it properly.

Making up with your partner

What’s important is for the two of you to know how to make up afterward. The two of you must be mature in how you handle a fight. This means taking responsibility for your actions and apologizing for any wrongdoing. A relationship without apologies is a relationship bound to be broken.

A relationship is a dance where partners trade off leading and following. The important thing is someone will lead after a fight. Otherwise if you’re both waiting for the other to come around first, then your relationship will go nowhere. To love your partner is to set aside your pride first. Many of us were never taught how to express and say “I’m sorry.” I, myself, find it hard to apologize to my partner when we’re in a fight.  But at the end of the day, you value that person more than a petty grudge.

But if you’re in a healthy relationship and you’re just really desperate how to get back on track with your partner, here are a few ways to bounce back and make up.

How to make up with your partner after a fight:

Don’t act like it didn’t happen in the first place.

For the love of all things holy, don’t do this. Don’t pretend like it didn’t happen. Don’t skip the apologies and the talking. Acting like it didn’t happen is bound to piss off your partner. If it doesn’t and you both pretend that everything’s okay (when it’s not), it’s bound to come out later in a messier way and cause a much bigger fight. Treat it like a wound. First, acknowledge that you have a wound and treat it properly. Ignoring the wound can make it worse. You might end up having to cut the entire hand or foot. Imagine, such a small wound getting so big you’ll end up having to cut a body part all because you ignored it. Same goes for relationships. Don’t leave the fight unattended or it might be too late. Settle the argument as soon as you can. This is a common resort when you’re fighting with your partner. You do the silent treatment or other passive-aggressive behaviors not because you don’t know how to make-up. It’s your way of punishing and essentially continuing the argument in another form. Here partners often throw in passive-aggressive behaviors to rub salt into the other’s wounds. Do not to resort to this tactic. Start from a clean slate by acknowledging the fight in the first place and resolving it.

It’s okay to go to bed angry. Despite what you may have initially established with your partner or what your friends say, it’s okay to not come to an agreement the very day you have a big fight. Take your time and get enough rest. You’re not yet okay and that’s okay. You might be too angry or upset to talk about things. You want to cool off in order to be rational when you do the talk. If you talk too soon when you’re not ready yet, you might just get into another fight.

People usually differ in how much time they need to calm down. If you’re not ready yet to talk it out and make up, just say so. Say things like “I am not ignoring you. I’m just still upset and not ready to talk about it yet. I hope you understand.”  Of course, if you need space, at least give them even a bit of emotional reassurance that things will be okay eventually. In a similar way, if your partner asked for space, respect it. Give them space and also take some space yourself. Take the time to focus on your own thoughts and feelings, too. When things get ugly, you need some time alone to reflect and recover. Don’t cling as this can make things worse when your partner needs a time out. More importantly, don’t punish them for asking for space. Your partner needs some time alone. Don’t take it personally. It’s important to wait to talk as space can give you the necessary time to cool down.

Listen to your partner with an open heart. Give your full attention, make eye contact, and affirm your understanding. Give up the urge to be “right.” The fight will never end if you don’t.  Prioritize your partner and the relationship. Be humble and listen to your partner’s side of the issue. Acknowledge that they may be right about some things too.

Go back to the source. Go back and solve the problem that started the argument. Maybe the fight was about an ex or your partner keep forgetting the important errands that you send them. Whatever it is, go back to the source and resolve it. This is where most couples fall apart. They are willing to say sorry but they don’t wanna go back to the source because they’re afraid it will only turn into another fight. The challenge is to go back and talk about. Solve the problem, rather than sweep it under the rug.

Figure out the root of the argument and fix it from there. Otherwise, it will just keep branching out and growing until it causes cracks and ultimately breaks your relationship. Address the root cause of the issue as soon as you can to save your relationship.

Acknowledge your role in the fight and take responsibility

Apologizing is not about who’s right or who’s wrong. Nobody wins when you’re fighting with your partner. Both of you will end up hurting. To make up with your partner, you need to acknowledge that you hurt their feelings. Take responsibility for your side of the fight.

Apologize for your wrongdoing.

Express your understanding of what you did, then express your regret for doing it. Now is the time to say “sorry.” No matter what happened between the two of you whether you’re right or wrong, say sorry. Don’t be defensive. As much as you need to resist the urge to be “right.” You also need to give up the need to defend yourself. If your behavior made your partner feel a certain way, acknowledge it and stop trying to find excuses. Otherwise, the fight will just go on. Accept their feelings and consider the big picture.

Don’t hold a grudge against your partner. If you or your partner has decided to make up then do not continue to harbor negative feelings towards them or the relationship. Let them know that you’re letting go of your grudges and leaving the past in the past. Forgiveness doesn’t mean you’re excusing the bad actions of your partner, it’s more about releasing all those heavy feelings and choosing a new beginning. You’re doing it more for yourself because all the hatred and sadness is just too much to bear for anyone.

Read also: How to Forgive Someone After They've Hurt You When making up, it’s important not to start the fight all over again. One way to do this is to set boundaries. For example, when you get in another argument, you may want to stop yelling or calling each other hurtful names. Or maybe when you’re in a fight, you immediately want the “space” to be automatic and understandable. These are only some examples of boundaries that you can set and it should be fully agreed upon by both of you.

Act on their feedback.

If there are some things that your partner wants you to change that you agree are bad for the relationship, then take the time to act on it. For example, if they want you to quit smoking then try to give it up as it is really harmful not only to you but also to your partner. Recognize that you’re not perfect and that there are areas where you (and your partner) need to improve. Swallow your pride and change for the better.  We’re not saying that you should change who you are or give up your life just to please them. But if you also know that it’s also for your own good, then try to do it for the sake of the relationship.

Accept the changes in your relationship. 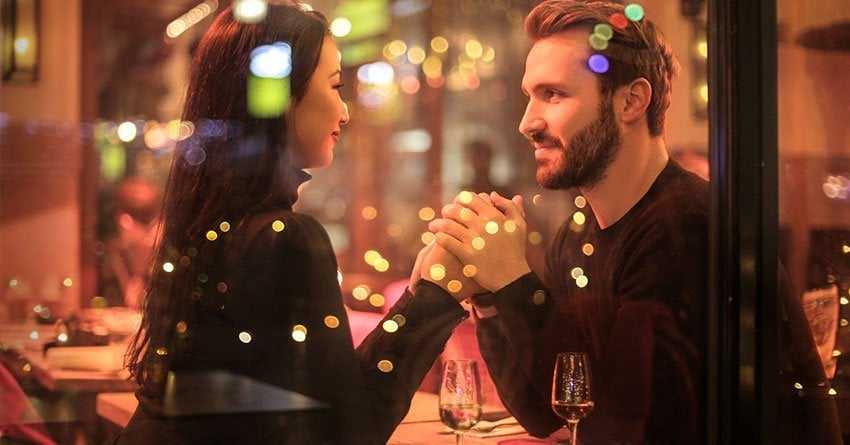 Some couples yearn to go back to “the way it was.” However, relationships are continuously changing and evolving. It’s best to accept that your relationship is no longer how it was before and work with what you have now. Accept that your partner isn’t perfect and neither are you. In order to grow together, you need to accept that changes are bound to happen. Create positive experiences as you move forward and accept who you two will become in the process.

The goal here is to solve whatever problem that may come your way and avoid repeating it. After a fight, you may see your partner differently or feel like you’ve seen a different side of them. You may now be starting to recognize that your partner is a normal person, flaws and all. Accept the changes and don’t hold them against your partner. Use the experience as a learning tool to help you strengthen your relationship in the future.